In case you were unsure, the reason we haven't been posting for so long is because we've been hard at setting our two major projects in motion: Magnemaze and obj_char! After releasing demo v0.08 of obj_char, we began shifting our efforts back to Magnemaze so that everyone can begin playing Magnemaze while they wait for the next build of obj_char, which will feature redesigned graphics.  Also, there is no definite decision yet, but iOS users may not have to wait as long as we initially thought.  Below is a screenshot of a randomly generated test level of Magnemaze taken by a Motorola Droid 4: 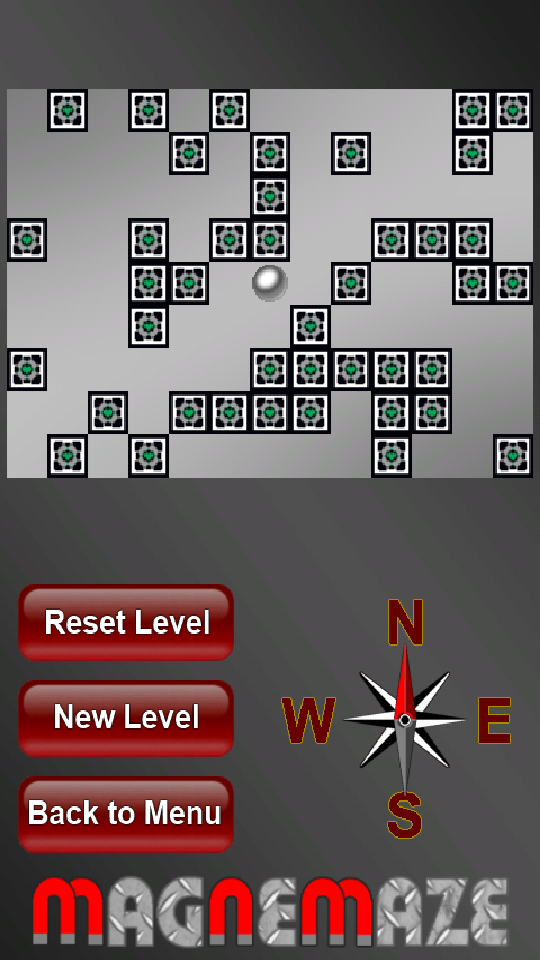 at 1:32 PM
Email ThisBlogThis!Share to TwitterShare to FacebookShare to Pinterest